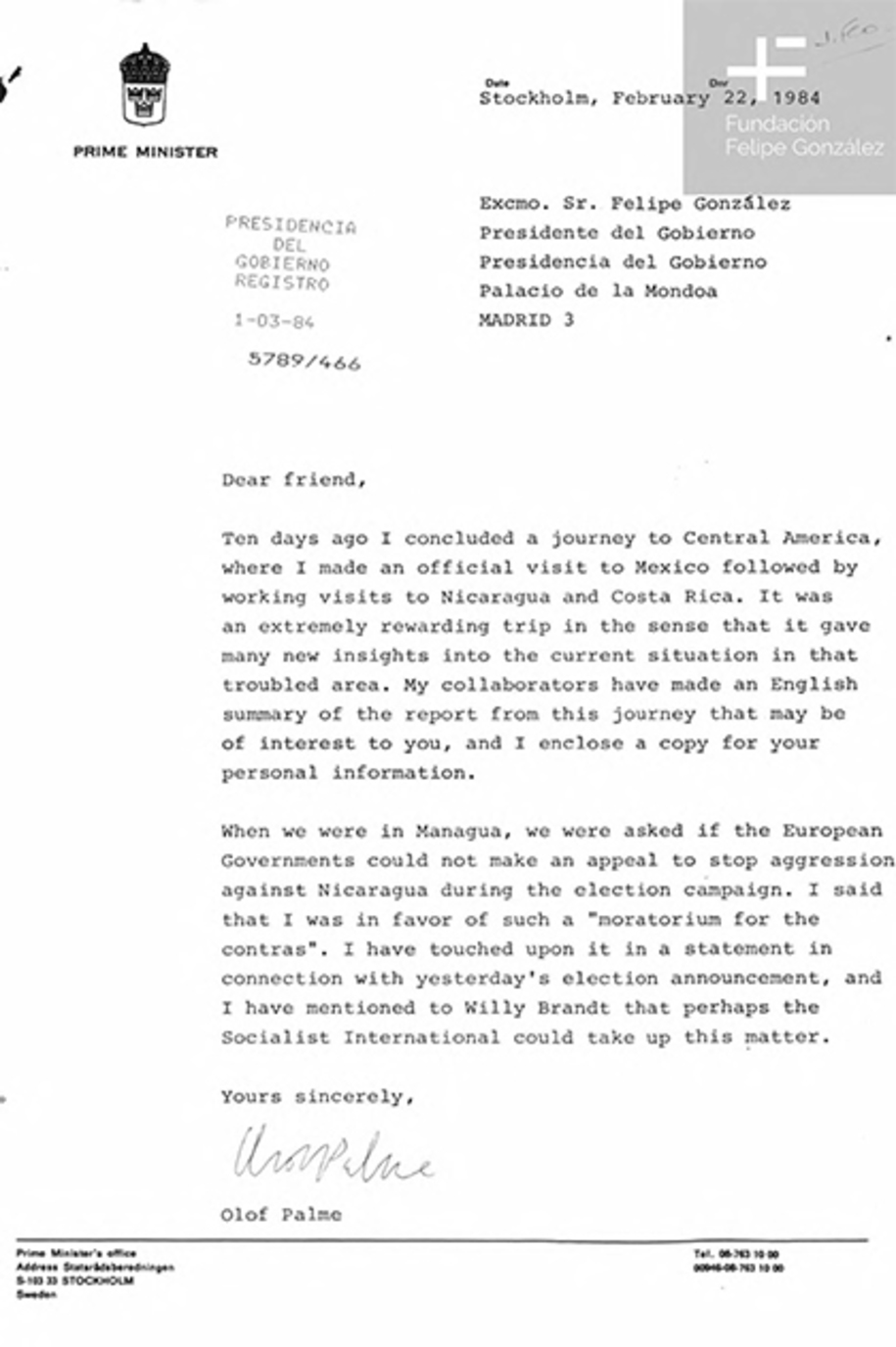 Ten days ago I concluded a journey to Central America, where I made an official visit to Mexico followed by working visits to Nicaragua and Costa Rica. It was an extremely rewarding trip in the sense that it gave many new insights into the current situation in that troubled area. My collaborators have made an English summary of the report from this journey that may be of interest to you, and I enclose a copy for your personal information.

When we were in Managua, we were asked if the European Governments could not make an appeal to stop aggression against Nicaragua during the election campaign. I said that I was in favor of such a "moratorium for the contras". I have touched upon it in a statement in connection with yesterday's election announcement, and I have mentioned to Willy Brandt that perhaps the Socialist International could take up this matter.